Barnet TUC notes with dismay that the Tories have won yet again in our borough, despite running a dysfunctional and discredited administration that has and will cause misery to large numbers of people. Despite broadly positive results in the res 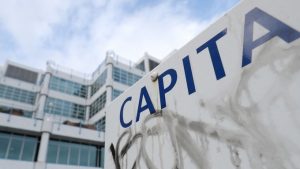 t of London and a slight vote increase since 2014, Labour did not succeed in unseating conservative councillors. Our movement now has to face four more years of serious attacks on the conditions of working class people, and we have no time to lose in organising for this.

It is shocking that this viciously rightwing administration has survived. The extreme version of public service cuts and privatisation that the Tories have pursued under a variety of glossy buzz phrases, such as “easycouncil” and “One Barnet”, have resulted in an overblown, under-bid contract with the failing outsourcing giant Capita. The threat that a Carillion-style collapse of Capita could potentially take our essential services down with them was so serious that earlier this year that a question was raised about it in Parliament. There have been myriad other stories, many of them concerning massive mismanagement by the uncaring Tories and their outsourcers, but probably the most horrific was last year’s Oftstead report into children’s services in Barnet. The regulator found that the council was entirely inadequate in all levels, including the protection of vulnerable children. The increased suffering of the vulnerable is the inevitable and greatest cost of the extreme, market-driven ideology of Barnet Conservatives.

With such a dire leadership, the Tories should not have been unbeatable, and we in Barnet TUC believe they were not. In some ways, we have suffered from problems that had been seen in other parts of the country, as Labour did not make many of the big gains that had been hoped for. Writing The Times, Dr Faiza Shaheen of the leftwing thinktank Centre for Labour and Social Studies, had this analysis of the big picture:

…The 2017 general election perhaps gives us better ideas about how to move forward. General elections provide the opportunity for political parties to lay out their policy agenda for the UK. The Labour Party’s manifesto resonated with voters and it showed in the end election result. During local election campaigning I noticed a distinct change in our approach: I had less to offer on the doorstep and ideas were missing from the national conversation. I think it is fair to say that neither Labour nor the Conservatives have been offering a positive vision for the UK in recent weeks.

There were some issues that didn’t get the airtime expected, most notably the scale of cuts to local authority budgets. A recent report by the National Audit Office found that since 2010 local authorities have seen an average reduction in funding of 49.1 per cent. Weirdly these cuts were spoken about continuously during the general election campaign but not during the local elections. It seems that voters failed to make the connection with poorer local service provision, including social care, and Conservative party policy. Yet many voters, including a majority of Conservatives, feel that public spending cuts have gone too far.

Barnet Labour’s local election strategy was not significantly influenced by the 2017 manifesto or campaign. It had six pledges, some of which were very neutral-sounding (“Low council tax”, “Better roads” and “Free parking”) and did not tap into anti-austerity feeling. This was in strong contrast to the sort of themes that had played well in the general election. The unions, led by local government Unison (which organises the largest group of workers affected by the Capita crisis) had brought well-worded proposals on cuts and outsourcing to all three constituency parties. There were also excellent proposals on how to campaign around the issues by respected bloggers like Mr Reasonable. The councillor group rejected all this good advice.

In a bitter absurdity, the Tories realised that Labour’s service campaign was weak and did a completely dishonest, but highly effective, attack on that flank. A leaflet was distributed throughout key wards claiming that Labour would not only put up council tax, but change bin collections from weekly to fortnightly. For impact, they illustrated with this with a picture of an overflowing wheelie bin being raided by a fox. Neither of these claims about Labour policy were at all true, but with only around 48 hours before polling and no existing material on services such as bin collection prepared by Labour, it was very difficult to counter. Further panels on the leaflet utilised misleading statistics to pretend that Barnet is doing well in both affordable housing and education, which was also totally untrue but added up to a very clever attack. This demobilised the Labour vote and allowed the Conservatives to absurdly win on the very issues they should have been weakest on! And so, the Tories won with complete rubbish – in every sense of the word.

A lot of the national debate on Barnet has focused on anti-Semitism and perceptions of it in Labour in particular. The council group completely failed to defend Labour’s positive record on racism and allowed the narrative on anti-Semitism to completely overshadow the media narrative on the election. We believe that anti-Semitism absolutely needs to be fought, but there needs to be a discussion about all the racism that has been manifested recently: and this has to include the victimisation of Black Britons over the Windrush scandal, the alarming rise of Islamophobic stunts like “Punish a Muslim Day” and the recent mobilisation of thousands by the far right “Football Lads Alliance”. There needs to be a renewed anti-racist movement and Barnet TUC will do whatever it takes help make one happen.

However, we will also need a renewed offensive against the Tory council. Our public sector workers and those members of the public who depend upon them will once again have to form a resistance to what will doubtless be an even more hard-line set of policies. There will very likely be industrial action, but in the shorter term and from now on, we also need to wage a strong propaganda campaign. The Tories stole victory by lying about their intentions, and we must expose them every time they put private profit ahead of people’s needs.