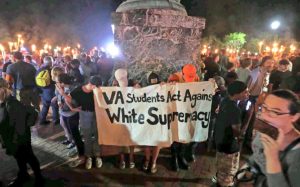 The death of Heather Heyer and the assault on anti fascists in Charlottesville at the hands of James Fields is the shocking result of Donald Trumps America.

Trump’s failure to condemn the assault by American fascists, on a day that saw armed militias dominating the town and black people beaten in the streets, is truly shocking.
Weyman Bennett from Unite Against Fascism said: ‘In scenes reminiscent of the most violent days of the civil rights movement the ‘Alt-Right’ took to the streets to ‘make America great again’ by beating demonstrators and expressing their support for White Supremacy’.

Brian Richardson from Unite Against Fascism said: ‘The death of Heather Heyer was a terrorist attack but Trump’s failure to act shows that anything that fails to fit with his Islamophobic and racist agenda is simply ignored’.

Trump’s statements have given confidence to the fascist right in the US. Charlottesville is a terrible warming to anti racists everywhere that we have to stand up against bigotry where ever it raises its head. 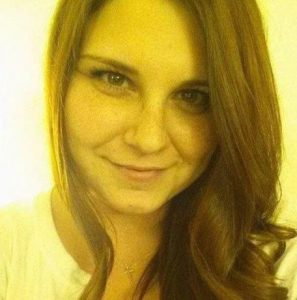