There is no doubt that the far right is manipulating current political issues to further an agenda of division and hatred. We are seeing a well-documented rise in populism and xenophobic versions of nationalism.

Empowered by Donald Trump, far right parties have made electoral gains throughout Europe and beyond. There has been a worrying rise in racism, Islamophobia, antisemitism and anti-migrant hostility both abroad and within the U.K, where there has been a serious attempt by fascist “Tommy Robinson” and other far right figures to build racist street movements.

In London there has been a big rise in racist attacks and abuse. Specifically in Barnet, the number of Racist and Religious Hate Crimes reported in 2018/2019 Q2 has increased for the second consecutive quarter and is up from 667 last year to 711 this year.

Given the strong tradition of anti-racism here in Barnet we believe that we need to come together to marginalise the racists and those who would divide us. We pledge to stand with our diverse community in Barnet against racism, discrimination and injustice.

Unite said the boycott call of GLL’s money-spinning leisure centres across the capital would support the 50 Bromley library staff who have been on strike since 6 June over pay and other issues specifically relating to GLL’s stewardship of Bromley’s 14 libraries.

The boycott will be launched on Friday (28 June) when Unite members will stage protests at three GLL venues in Woolwich. GLL has contracts with 16 London boroughs to run leisure centres and/or libraries.

The union is aiming its boycott campaign at potential new members that the GLL sales force wants to sign up for gym membership and fitness classes, as well as one-off users. It is not aimed at those with pre-paid membership plans.

Unite regional officer Onay Kasab said: “The call for the London-wide boycott of GLL leisure centres is aimed at putting pressure where it hurts – in the company’s coffers – to achieve a resolution of the Bromley library dispute.

“We argue that every penny that goes to GLL, generated by its money-spinning activities at its leisure centres, helps it to win further library contracts which then results in a serious erosion of library services for both users and staff.

“Our Bromley library members have been on continuous strike since 6 June and have received fantastic support from the public who are refusing to enter the libraries in a great show of support.”

The Bromley dispute relates to GLL bosses not filling vacant posts; asking staff to be managers without paying the proper rate for the job; and failing to pay wages owed.

Unite is seeking a six per cent increase in basic pay from April 2019 for its hundreds of  members working for GLL in more than 140  leisure centres and libraries in 16 London boroughs, as well as in Belfast.

Last year, Unite staged a campaign to make GLL pay the London Living Wage (LLW) to those aged 18-to-20 on a number of its contracts in the capital. 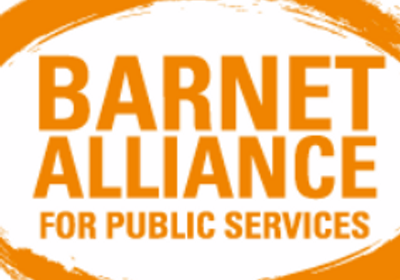 Barnet Alliance for Public Services is a coalition of residents, campaign groups and trade unions defending public services in Barnet. We meet every third Tuesday of the month from 6.30 to 8.30 at the Greek Cypriot Centre, North Finchley, 2 Britannia Road, London N12 9RU. Email: barnetalliance4publicservices@gmail.com

The racist and fascist right are experiencing their biggest growth in their support across Europe since the 1930’s.

Inspired by the likes of Donald Trump in the white house racism, Islamophobia and antisemitism are on the rise everywhere. Hate crime has reached epidemic proportions, and the horrific attacks in Christchurch and Pittsburgh represent a new level of threat from far-right terrorism.

In Britain the toxic debate around the Brexit crisis has seen populist racists like Boris Johnson, Jeremy Hunt and Nigel Farage come to the centre stage of politics.

Although fascist Tommy Robinson and far right UKIP were humiliated in the EU elections, thanks to mass campaigning work by anti-racists Johnson, Hunt and Farage will play the politics of divide and rule, scapegoating migrants and refugees and targeting the Muslim community with Islamophobic attacks.

It doesn’t matter whether you voted “Leave” or “Remain” everyone must oppose their racist agenda.

And whoever wins the Tory leadership election race the hostile environment for migrants that led to the Windrush scandal remains at the heart of government strategy and the reality of institutional racism continues.

BOOK YOUR TICKET NOW
On Saturday 19 October anti-racists activists will gather in London from across Europe and the US at the Stand Up To Racism international conference to debate how we build an international movement against the racist and fascist right and how we drive back the populist racism of the Tories and Farage. 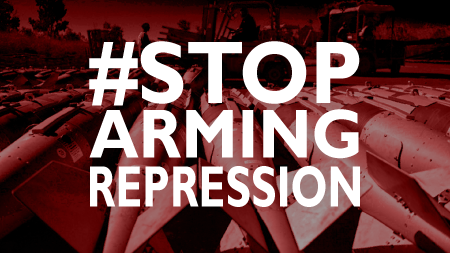 We’re calling for an end to harassment at work. Please support our petition

Sexual harassment has no place anywhere in the UK. But it’s still happening every day in our workplaces.

Our laws rely on individuals reporting harassment to get action taken but this is not working. Four out of five don’t feel able to report sexual harassment to their employer.

We need a new law to prevent sexual harassment in the workplace before it happens.

We’ve launched a petition calling for immediate action. For government and MPs to take notice, we need thousands of people to add their name.

Can you add your name and demand action?

‘This Is Not Working’ is an alliance of more than 20 unions, charities and women’s rights organisations – It has launched a petition calling for a new law to make employers prevent sexual harassment in their workplaces

The TUC, women’s rights organisations and charities have today (Wednesday) launched a joint campaign calling on the government to introduce a new law to make employers responsible for protecting their staff from sexual harassment at work.

TUC research found that more than half (52%) of women – and nearly seven out of ten LGBT people – have experienced sexual harassment at work.

But under current law there is no legal duty on employers to take proactive action to prevent harassment happening in their workplaces. Instead, the onus is on the victim of the sexual harassment to report it to their employer after it has happened.

Four out of five (79%) women who have been sexually harassed at work do not feel able to report it to their employer – meaning harassment continues unchecked in workplaces across the UK.

With the government set to launch its consultation on tackling sexual harassment soon, the TUC alliance – backed by organisations including the Fawcett Society, Action Aid, Amnesty and Time’s Up – wants to see the law changed so employers have a legal duty to take preventative measures to ensure their workplaces are harassment-free.

The new duty would be supported by a code of practice, explaining exactly what steps bosses need to take to prevent sexual harassment – such as carrying out mandatory training for staff and managers, and having clear policies.

This simple step would make a huge difference practically, says the alliance. It would mean that the burden of dealing with sexual harassment would be shifted from individuals to employers.

This would change workplace cultures and help end the problem once and for all.

TUC General Secretary Frances O’Grady said: “It’s shocking that in 2019 so many people experience sexual harassment and assault while at work.

“The government must strengthen the law to put responsibility for preventing harassment on employers.

“This would shift the burden of tackling sexual harassment away from individuals. And it would help end toxic workplace cultures that silence those who’ve been harassed.

“We’re calling on everyone who want to stop sexual harassment at work to join us and call on ministers to take action.” 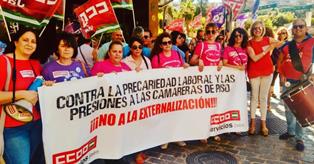 Nine housekeepers at the Hotel Condestable Iranzo in Jaén (Andalusia) were dismissed in May while organizing a union and demanding the application of the collective agreement for the hospitality sector in the province. The CC.OO Services Federation is fighting for their reinstatement as unions challenge the massive growth of outsourcing which is impoverishing hotel staff.

You can support their struggle by signing the online petition initiated by the union here.

The first hour of the meeting has been set aside for general business, for a review of the past year and for discussion of further work to be undertaken by BAPS in the coming year.

For the second half of the meeting from 7.30 onwards we are  pleased to announce guest speaker Adelaide Joseph and her husband Paul, both veteran ANC activists and campaigners. Their daugher Nadia will also participate in what it likely to be an interesting and inspiring presentation.