Respond to the waste plan

Please add your name, below, in support of our response to the draft North London Waste Plan (NLWP). We’re calling for Pinkham Way to be removed.

This submission is the culmination of 8 years of work and your activism.

It documents in detail the disgraceful disregard that’s been shown for evidence and planning process, and for us as residents.

The councils and waste authority ignore our evidenced arguments, but soon we’ll have the attention of an independent Planning Inspector.

Make sure all you’ve done so far is followed through with maximum impact. Add your name, and, if you haven’t already, please help us pay for professional consultants.

Speaker: Ronnie Kasrils
Ronald “Ronnie” Kasrils was a member of the National Executive Committee of the African National Congress (ANC) in South Africa from 1987 to 2007, after having played a central role in the struggle against apartheid in the 1960’s, 70’s and 80’s.

About the event
Evolution of Struggle is a series of events about the anti-apartheid movement in the UK. For decades, thousands of people across the UK (and far beyond) dedicated years of their lives to anti-apartheid campaigns, in solidarity with South Africans fighting against this cruel and oppressive system.

Ronnie Kasrils, a key figure in the South African struggle against apartheid, will reflect on the role that solidarity movements, such as the Anti-Apartheid Movement in the UK, played in the struggle against institutionalised racism and oppression in South Africa, and the lessons those experiences can lend to activists and campaigners today.

This event is hosted by SOAS PalSoc. For more information about our Evolution of Struggle project, see https://www.evolutionofstruggle.com/

Tickets are FREE for UK students and university staff at any UK university.

Book your free ticket as a UK student or university staff.

Report in the Guardian.

“NHS chiefs are bringing the cervical screening service back in-house after expressing dissatisfaction at the way it has been performing.”

“The chief executive of NHS England, Simon Stevens, told the Commons public accounts committee that the changes would come into force from June.” 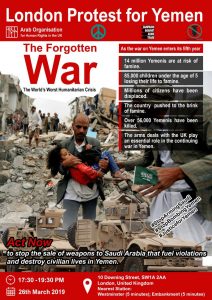 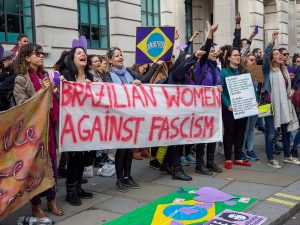 Brazil: Stand with the resistance against far-right Bolsonaro

With: Julia Felmanas, PT nucleo in Londres, for a special eye-witness report back from Brazil

From Counterpunch: On the Ground in Venezuela vs. the Media Spectacle 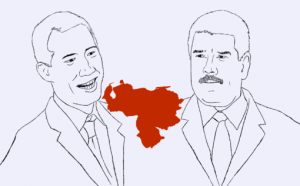 Saturday saw #WorldAgainstRacism demonstrations take place around the world in an unprecedented coordination of international solidarity for UN Anti Racism Day.
These demonstrations came a gravely poignant moment, taking to the streets the day after the horrific racist massacre at two mosques in Christchurch, New Zealand. The London Demonstration stopped off at New Zealand House to lay a wreath for the victims of the atrocity, and speaker after speaker pledged solidarity with Muslim community in challenging the horrific and growing wave of Islamophobia.
The horror we witnessed in New Zealand – like the attacks that took place on a synagogue in Pittsburgh, and a black congregation in Charleston – underlines why these marches are so important – we need to build mass anti racist movements internationally to oppose a growing, murderous far right.
The #WorldAgainstRacism initiative is a major step forward for the global anti-racist movement, taking a positive message of multiculturalism and diversity onto the streets and bringing together the most powerful alliance possible to challenge the rise of racism, fascism, Islamophobia & antisemitism.
In Britain, the fantastic support from #Unions4Unity and the inspiring engagement from Love Music Hate Racism‘s #BeautifulResistance campaign involving major labels and artists, along with a broad range of speakers from the TUC, the unions, Muslim and Jewish organisations, campaigners from Windrush to justice over deaths in custody, and prominent figures like poet Michael Rosen and Chelsea’s first black player Paul Canoville, took the unity of the anti racist movement to a new level.
We have much work to do in the coming months to deepen and strengthen this movement – we need your support!

Security guards at the Houses of Commons will be taking strike action on Wednesday 20 March 2019 over:

There will be two picket lines from 6 am at Derby Gate and Carriage Gate.

You can show your support by:

The Tories are punishing Londoners for voting in a Labour Mayor

In December 2018 TfL Commissioner, Mike Brown, published a new business plan,
which includes a further 30% of cuts by 2022.

The ‘back and middle office’ areas of TfL that are slated for further cuts include
Engineering, Major Projects, maintenance, Health, Safety & Environment, Strategy
& Planning, and the Finance & Commercial departments.

Although these may not technically be cuts to frontline services, we are extremely
concerned that these cuts will reduce TfL’s ability to deliver a safe, reliable transport
service. There will be a major impact on Londoners’ daily experience of transport,
whether on the Tube, Overground, DLR, buses, tram, walking, cycling or driving.

These cuts will also have particular impacts on poorer passengers,
disabled people, women, BAME and younger / older Londoners.
The many are paying the price of the failures of the few.

During the 1986 battle between News International and the print trade unions, the strikers were
sustained by the solidarity of thousands of workers in the UK and abroad. In this country, 50 Print
Workers’ Support Groups were set up, some of them directly linked to local Trades Councils
which played a key role, organising public meetings, raising money to sustain the strikers and
picketing sites connected with News International.

We are now appealing to Trades Councils and others for donations towards the completion
of: ‘Wapping – the workers’ story’ a film about the momentous year-long industrial dispute which
began when Rupert Murdoch plotted to move production of his papers overnight from central
London’s Fleet Street to a secretly equipped and heavily guarded plant at Wapping, a docklands
district in east London.

5,500 men and women lost their jobs and centuries of tradition in one of London’s last manufacturing
industries came to an end.

Military-style police tactics, the use of new laws which shackled the unions’ hard won freedoms and
strike-breaking organised by the electricians union led to a Murdoch victory.

The dispute had international ramifications for Murdoch’s expanding press and broadcasting empire in
the United States and around the world.

Ken Loach has written this about the film: ‘We need to know the story of the print workers’ battle against Murdoch. We can understand our enemies and see our strengths. Chris Reeves is a fine film maker and a true friend of the workers movement. I know this film will be good and necessary. Please help get it made.’

Ann Field (retired Unite print sector national officer and a founder member of the News International Dispute‎ Archive) said: ‘From the 1980s conspiracy to get rid of an entire workforce of 5,500 workers to the notorious phone hacking and corruption scandals 30 years later – this film exposes the deep-seated and enduring immorality at the heart of the Murdoch-led News International empire.  Please help to finance the completion of this film to ensure a wider audience learns of the impact on the workers, their unions and the media.’

Tony Burke (Unite Assistant General Secretary ) said: ‘During the dispute between the print unions and Rupert Murdoch’s News International in 1986 the media provided only fragments of the ‎real issues at stake and virtually nothing of the effects on the sacked workers, their families and our unions. Only a small number newspapers supported our members.

Unite are proud to be associated with this film to tell the real story of the workers’ struggle with Murdoch, the police, the Tory Government and the right wing media.
Your donation and support will help to ensure the film is completed and the voices of working people and those directly involved is available to set the record straight.’

The documentary is being made with the News International Dispute Archive group whose  publications, website and travelling exhibition have given a voice to the sacked workers and their families.

We have filmed 20 interviews with sacked printworkers and the ‘refusenik’ journalists who joined them, and have made a rough cut of the film. But we need £ 20,500 (£4,000 for editing, £2,500 for on-line editing, and £14,000 for archive material transfers and copyright clearance).

We would appreciate any support you can provide. All donors will receive a DVD and be credited in the final film.