Korea: Stop the Outsourcing of Danger – Justice for Kim Yong-gyun! 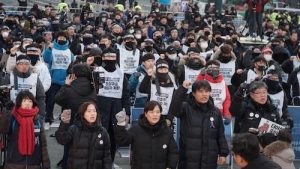 Kim Yong-gyun, a 24-year-old subcontracted worker was killed after getting stuck in a coal conveyer belt at the Taean Power Plant. Kim was working alone in the dark, doing extremely dangerous work. According to the occupational health and safety rules in the manual, Kim should have been working in a team of two. Excessive cost-cutting following the outsourcing of power plant fuel operations and maintenance means that this work is now done alone. This shocking event has sparked a national movement in Korea against the ‘outsourcing of danger’ endemic in the power plant industry and throughout the Korean economy. The KPTU President and 5 other coalition leaders have been on an unlimited hunger-strike since 22 January, calling for an investigation into the incident and punishment for those responsible. PSI and KPTU have launched a campaign calling on the government to carry out an investigation, make the necessary safety improvements in the power plant industry and carry out the insourcing and direct permanent employment for subcontracted workers in the industry. 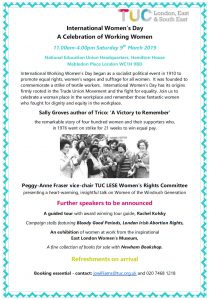 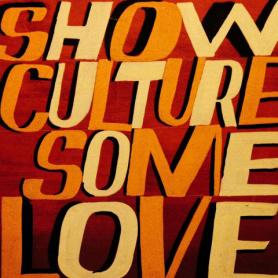 The fourth conference of the Show Culture Some Love campaign – hosted by the London, Eastern & South-East Region of the TUC – is being held on Saturday 23 February between 13.00-17.30pm in TUC Congress House, Great Russell Street, London WC1B 3LS.

The conference will cover two critical questions facing the culture sector – how should it be funded and how should funding be distributed? In examining these questions, the conference will consider the current state of the economy; what kind of economic models might replace neo-liberalism and the austerity agenda; how the arts are currently funded; and what alternative might we argue for.

We will have contributions from politicians, economists, academics and the trade unions. Speakers will be confirmed in due course.

Book your free place now! To register for the conference, please email: 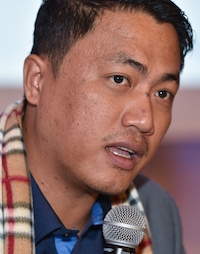 The Education International, which is the global union federation for teachers around the world, is very concerned about news it’s been getting from the Philippines.

During a recent press conference, where the Alliance of Concerned Teachers was denouncing harassment and threats faced by its members and leaders, its general secretary, Raymond Basilio (pictured), received death threats on his phone.

Raymond was warned that unless he gave in to the caller’s demands, an order to kill him would be carried out.

The police deny any knowledge of this, but the union has learned of continuing unlawful profiling of its members carried out by the police in different regions of the nation, in a serious breach of both national and international law.

Please take a moment and send a message to President Rodrigo Duterte demanding that the government protect Raymond and other union leaders, that they investigate the death threats, and that they guarantee the privacy of union members and stop any illegal collection of data about them.

Never Again! Remembering the horror of the Holocaust and fighting fascism today

January 24, 2019 Kieran Crowe
Unite Against Fascism, in conjunction with Stand Up To Racism and others, is hosting public meetings around the country to reflect on and remember the horrors of the Holocaust as part of Holocaust Memorial Day.
Understanding our history is important for the lessons for today. We are currently seeing a growth in the far right across Europe, the US and Brazil, with fascist forces gaining confidence and seeking to exploit a context of political crisis and polarisation.
With a backdrop where racism is being pushed and generated from the establishment, breathing oxygen into such dangerous forces of division, these discussions are crucial not only to educate, but also to look at how we can organise best now to make ensure that #NeverAgain is a reality.
HERE is a list of Holocaust Memorial Day events taking place across the country, supported by Stand Up To Racism. Don’t hesitate to email us for any more information: info@standuptoracism.org.uk

Conservative-run Barnet Council has agreed to charge up to £6 a day for parking at local parks. The decision was forced through by Conservative councillors at this week’s Environment Committee (21 Jan). Labour councillors voted against the policy.

Although the principal of charging was agreed, a consultation will be held on the charging proposals for specific parks.

Labour’s Environment spokesperson, Cllr Alan Schneiderman said: “This is an ill-conceived money making scheme from Barnet Tories that is simply going to lead to park goers parking in neighbouring roads, many of which already lack enough spaces for residents. Rather than another consultation on this scheme, it simply needs to be scrapped”.

Ends.
Notes:
1. A copy of the report on parking charges at local parks (Agenda Item 8): http://barnet.moderngov.co.uk/ieListDocuments.aspx?CId=695&MId=9733&Ver=4

The most dangerous part of TTIP that lives on 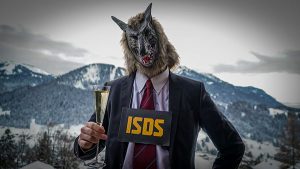 Just three years ago our movement was instrumental in stopping TTIP, the EU-US trade agreement. It wasn’t easy. Together, we collected 3.3 million signatures. Hundreds of thousands of you protested in the streets. We took on the corporations, the lobbyists, 28 governments and the EU Commission. And we won!

Now we have to do it again to kill off ISDS – which was one of the most dangerous parts of TTIP – once and for all. Over the last three years, this system has been badly wounded. For the first time, with a strong push in 2019, we can get rid of it for good. A Europe-wide campaign against ISDS and for more corporate accountability has just started to make the best of this opportunity!

Sign the petition to support the new campaign now!

ISDS stands for ‘Investor-State-Dispute-Settlement’. It is an obscure parallel justice system only accessible to large corporations. They can use it to sue states and prevent new rules that were intended to protect people and the planet. If on the other hand people are harmed by a corporation, they often don’t have any way of winning justice. This is a horrendous injustice!

Some ISDS cases are well known, like Vattenfall demanding 5 billion Euros of public money for the German nuclear exit. But hundreds of other scandalous cases are still receiving close to no public attention. And new treaties containing a parallel justice system for corporations even keep on being signed! In order to stop ISDS we need to oppose these new deals and get rid of existing ones.

This week, corporations are gathering in Davos at the World Economic Forum. They will dine and chat with world leaders until Friday. Those companies include Chevron, which sued Ecuador to avoid cleaning up their oil pollution in the Amazon, and still refuse to pay the victims of their dirty business. Cargill, which sued Mexico after the Government implemented a tax on sugar to address the country’s obesity crisis. Dow Chemical, which sued Canada for banning harmful pesticides, and dozens more.

Today, we crashed their party. Our colleagues from the “Rights for People, Rules for Corporations” campaign are in Davos. Dressed as wolves, they revealed that more than 40 corporations attending the World Economic Forum have used ISDS to sue governments and extracted vast sums of taxpayers’ money. Some of these same corporations have infringed on human rights but people and the planet cannot bite back. It is time to stop this injustice!

We demand the EU and member states to support a tough global system that can punish multinationals for their crimes. We need rights for people and new rules for corporations! ISDS must be stopped! And 2019 is the year to do it.

Please join this new movement and sign the petition today! 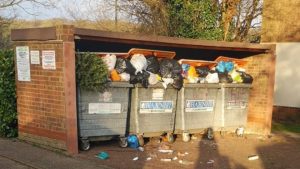 Our bin services are in crisis. Literal mountains of rubbish have been building up in many estates across the borough, with the west of Barnet hardest hit. Council management have shamefully brushed off disgusting scenes in Grahame Park, by saying it was simply “forgotten”. Forgetting to collect rubbish in a major working class estate is not just a nuisance, it’s a health and environmental hazard.

The problem comes directly from serious mistakes made by Barnet Council, which prefers to pay huge sums of our taxpayers’ money to Capita instead of investing it in good, accountable services, and chooses not to listen to its workers.

Despite warnings from sanitation workers, routes were changed and facilities downgraded without taking the needs of communities into account.

Shamefully, the council is preventing any discussion of the crisis, and has prevented opposition councillors and the public from bringing up the issue at the Town Hall.

Workers Rights under a Labour Government – the Manifesto for Labour Law

The Institute for Employment Right

’s 2016 Manifesto for Labour Law garnered support from major unions across the UK. The Labour Party’s popular and influential 2017 Manifesto For the Many, Not the Few adopted many of the IER’s recommendations as a blueprint for future reform. Rights at work affect us all, and a critical to making our society more just.

Barnet Trades Union Council is proud to use our meeting on Thursday April 11th jointly with our local Labour Parties to host a meeting with a speaker from the IER to talk about what policies and actions we need to obtain decent rights for all workers. 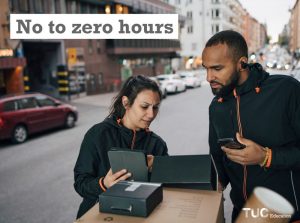 There are over 1.8 million zero hours contracts in the UK today. These contracts represent a licence to treat people like disposable labour, where all the risk is placed firmly in the workers hands’, often resulting in a precarious and insecure existence.

Since 2015, Better Than Zero has been campaigning against zero hours, zero rights, and zero respect in the workplace. They support workers to take collective action through their trade union to fight for better terms and conditions.

As part of HeartUnions week we are hosting a webinar with STUC’s Better Than Zero to find out how they have been organising against precarious work in the hospitality and service sectors in Scotland. Sign up to learn what unions and reps can do to eradicate these contracts.