Racism is on the rise – and the far right are seeking to take advantage to grow in size and confidence.

From Germany to Brazil, Italy to the US, the far right are on the march. And here Ukip, the “Football Lads” and Tommy Robinson are seeking to capitalise on the ‘hostile environment’ created by politicians and much of the media. Racism, Islamophobia and antisemitism are all growing.

This conference is aimed at trade unionists to discuss how we can organise to challenge the growth of the far right on the streets and in our communities.

And how do we root anti-racism deeper in our unions? The conference also takes place on the 20th anniversary of the publication of the Macpherson Report in February 1999. This was in response to the racist murder of a young black teenager, Stephen Lawrence, in South east London and the failure of the police in the case.

The report provoked a debate about institutional racism in the police but also in wider society, from schools to local authorities.

Yet two decades on, institutional racism remains deeply entrenched in too many workplaces. How do we organise as trade unionists to kick racism out of the workplace?

The new TfL Business Plan, published on Wednesday, throws into question the very future and safety of transport services in London, with proposals for even greater cuts to jobs, services and investment over the next 3-4 years.

As you have probably seen, Mike Brown’s email to staff said: 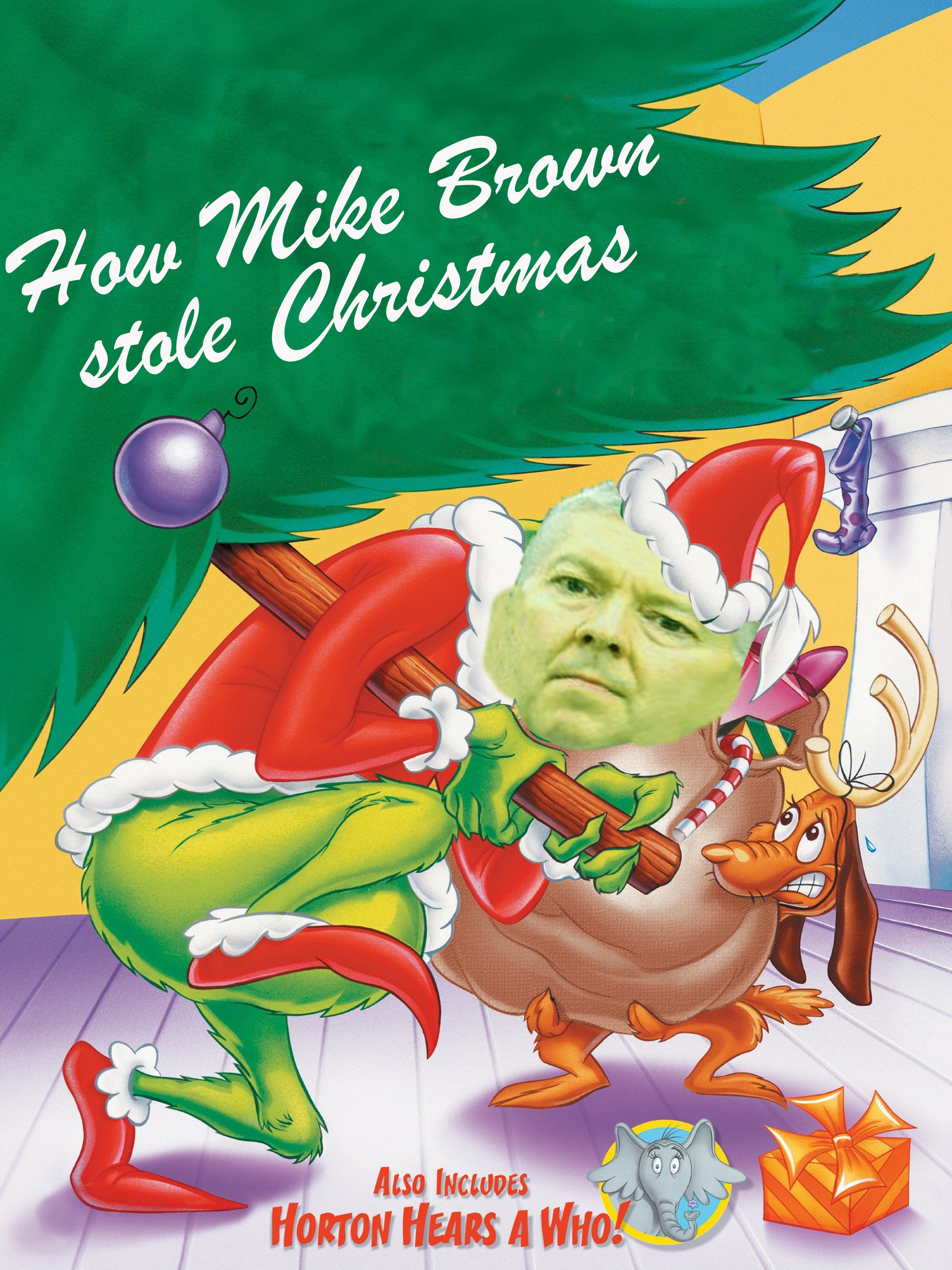 “This is one example of how we will further reduce our back and middle office costs across the entire organisation. Over the next three years, we will cut the cost of these areas by 30 per cent. This will only be possible by looking at all the ways we can deliver a better service at reduced cost, including reducing the number of roles in our back and middle office functions, building on what we have already achieved in these areas. As always, where any headcount reduction is necessary, we will engage in full and meaningful consultation with our people and trade unions.”

Merry Christmas to you too, Mike!

TfL’s financial difficulties are a result of the massive cuts in central Government funding, which has decreased by 46% since 2011, with the DfT cutting the operating grant from £1 billion in 2013 to £0 in 2018/19. London is now the only capital city in the world whose transport system receives no public funding. This starving of our transport system has been made far worse by the Elizabeth Line fiasco which is costing TfL and the public billions.

Cost over-runs by private contractors at Crossrail and central Government austerity cuts should not – and must not – undermine London’s transport services or affect our members jobs or terms and conditions. Our members have suffered the brunt of the pain so far, with job cuts of over 20% and vacancies running at around 10%. Workloads have increased and the pressures on staff are immense. Meanwhile, Directors get pay rises and huge bonuses, and we learn that the number of TfL staff earning over £100,000 has increased by 25%. This is OBSCENE.

TSSA has called for urgent talks with TfL about the Business Plan, and these will take place next week, at a Company Council meeting on Tuesday, 18 December. We will be clear with TfL – and City Hall – that enough is enough, and the gloves are now off. TSSA is here to support you and your colleagues, and we promise to work with other trades unions and all allies to protect your jobs, terms and conditions, to put an end to the “fat cat” gravy-train in TfL, and to restore Government funding to TfL and so ensure the safety and sustainability of London’s transport services. 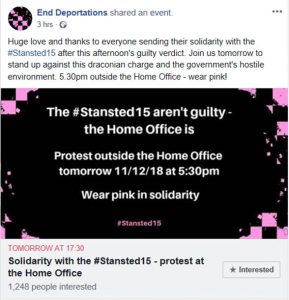 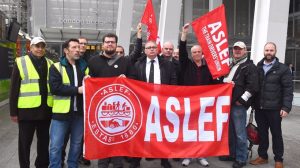 The determined campaign by ASLEF Health & Safety Council reps, supported by EC member Terry Wilkinson, has delivered real progress on making driving cabs secure.
Management and your reps have now agreed on a prototype lock that will be developed over the next six months. Once the procurement process is complete, the lock will be installed on trains across the Underground network.

The lock will meet our twin objectives of securing the cab from intruders while allowing access in an emergency by using a combination of a key and an override mechanism. We believe this will make the job safer for every driver and provide a better working environment for those who feel most vulnerable.

Based on this progress, the ASLEF Executive Committee has decided to suspend the combine wide strike planned for December 7th.

There is no doubt that this has only been achieved by the determination and persistence of ASLEF Health and Safety reps. They refused to take No for an answer and visited branches and depots across the Underground to explain the importance of the issue and ensure we got the Yes vote needed to

Solidarity with our Tube Cleaners

Solidarity with our Tube Cleaners

6.30pm: Rally in the Houses of Parliament

London Underground’s 3000 cleaners have been outsourced to global contractor ABM.

Despite working unsocial hours, in dirty and hazardous conditions, our cleaners are being treated less favourably compared to other workers directly employed by Underground.

On top of this the cleaning workforce is set to be cut by a third from 3000 to 2000, piling the pressure on these hard-pressed workers.

RMT is holding a demo and rally at Parliament to demand, No Cleaning Job CutsEqual Conditions with London Underground workers Bring all cleaning work in-house.

All RMT Branches are asked to send a delegation to the demo and rally. Please also ensure your Branch cleaning member’s coordinator is included in the delegation.

We are an all grades union. Please show solidarity with our cleaning members on 29th January.

UPDATE: CHANGE IN START POINT for united counter demonstration to stop fascist Tommy Robinson: Assemble 11am at BBC Portland Place.
It is vital we come out in numbers, in unity and expose and oppose Robinson, who has a history of racism, Islamophobia and membership of the fascist British National Party. He of course founded the English Defence League and has made links with fascists and far right politicians from Geert Wilders in Holland to the Front National in France.
He claims his march, supported by racist UKIP, is about a “Brexit Betrayal”, but the reality is that he is a fascist who is looking to exploit May’s crisis to his own nasty ends – building a far right street movement here in Britain.
Whatever you think of Brexit, this demonstration is not about leave/remain, it is about uniting and coming out on the streets to oppose fascist Tommy Robinson.
The united counter demonstration is for all anti-fascists, regardless of their positions on leave/remain on Brexit, and the demonstration’s focus is opposing ‘Tommy Robinson, fascism and racism.
Assemble 11am at the BBC, Portland Place, and march to Whitehall.
Join us on Sunday 9 December
to say #NoRacismNoFascism and stop this fascist seeking to exploit May’s crisis to build his far right street movement. We have to come together to stop him!
Get the factsheet: Ten things you need to know about fascist Tommy Robinson
Speakers on the counter demo so far:
Julie Ward MEP
Matt Wrack – Fire Brigades Union
Kevin Courtney – National Education Union – NUT Section
Unmesh Desai – GLA member
Steve Hedley – RMT Assisstant Gen Sec
Shen Batmaz – Mcstriker and Bakers Food and Allied Workers Union – BFAWU
Yannis Gourtsoyannis – Momentum NCG
David Rosenberg – Jewish Socialist Group
Mohammed Kozbar – Finsbury Park Mosque
Anas al Tikriti – Muslim Association of Britain
Manuel Cortes – TSSA – Transport Salaried Staffs’ Association
Nita Sanghera – UCU – University and College Union
Daniel Kebede – #NEU NEC
Shahrar Ali Green Party Home Affairs Spokesperson
Louise Raw- author
« 1 2