Agenda for Annual General Meeting on 8th of March 2018 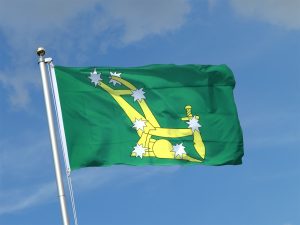 Walking Tour of Irish and Jewish Communities in East London

This walk will look at the different and vibrant immigrant communities in East London from the Irish community of the 17th century to the Jewish community in 1870’s. Visiting Brick Lane, which was the home of the French Huguenot community (Refugees) in London from the 1680’s, then the Jewish Community fleeing pogroms in Poland and Russia, and more recently the Bangladeshi and Somalian communities. Then on to Commercial Road, and the history of women and men who worked and lived in the streets in that area. We will walk through to Cable Street and the site of the famous anti-fascist resistance in East London between Jewish, Irish and progressive forces against Police and the Mosley’s British Union of Fascists. We will be exploring how this developed and how different communities joined in the fight against Fascism in the 1930’s up to the present day.

This event is FREE (voluntary donations at event close)

TUC London, East and South East representatives will be marching in London on the St. Patrick’s Day Parade. Trade Union participation is in dedication to all the Irish Workers of the last few centuries which made Britain the most industrialised nation in the world. Through their mass concentration of cheap labour, British industry boomed through the high level of production in the factories, construction and transport. Irish women were als, formidable through their work in the street markets, the cotton industry and nursing. As a result, the Trade Unions membership rapidly increased and this year, it will be 130 years since the Match Girls Strike! Teenage girls of Irish heritage had the most successful strike in British history. After withdrawing their labour for three days, all their demands were met for better pay and conditions. The contribution of Irish workers in Britain must never be forgotten!

London memorial to the Irish Famine (An Gorta Mor)

Sunday 13 May 2017 marked 170 years since the systematic number of deaths became more advanced during “An Gorta Mor” (Great Hunger) in Ireland.

There will be a commemoration outside TUC Congress at 1 pm with guest speakers. This area in the Parish of St. Giles was the first recorded “Little Ireland” in London from the end of the eighteenth century and throughout the nineteenth century. It was populated with Irish workers living in poverty and squalor. Many Irish people fled the Famine to this part of London and soon died of starvation as well as typhus. The failure of the potato crop began in 1845 and impacted heavily on the Irish population, as other crops had to be purchased for survival at a very high price or forfeited to their landlords. Hence, the starvation took effect in 1846. During the following year, it was the beginning of more than a million deaths as Britain refused to supply grain to the starving Irish population. By 1848 was the year of revolutions throughout Europe, 170 years ago, the deaths of Irish people were in a very advanced stage and there was an even an attempt at rebellion in Ireland. It is important that we commemorate “An Gorta Mor” (The Great Hunger) in London.

Guest Speaker: Mary Doolin, PCS, Senior Full-Time Officer, will be speaking on the history of Irish women in the British Trade Union movement. This year it will be 100 years since our first woman MP following the success of the Suffragettes, who achieved the Votes for Women.

It is also 130 years since the “Match Girls Strike” as teenage girls of Irish heritage achieved all their demands since they withdrew their labour for three weeks in 1888. 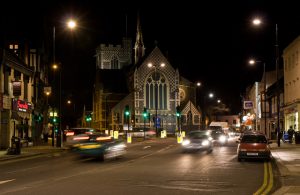 The four political parties, plenty of questions from more than 120 High Barnet residents.

Question from the Barnet Society Chair: What about empty residences in Barnet – approx 4,000 of them are “long term empty”?

Questions from the public showed concern about homelessness, high rents and unaffordable homes.

The Conservative comment from their woman representative, was that “the law needs to change. We have to house homeless people – it is statutory,” she said in relation to a question asking how it is right that we spend £25 million on providing emergency accommodation.

An audience member said the Conservatives had introduced “Right to Buy”

Liberal Democrat comment was they are the only party wanting to stop “Right to Buy.”

Robin Bishop, expressed concerns that the 32 London Boroughs have targets to build homes with density now abolished apart from in “conservation areas”. Robin and Nick from the Barnet Society showed concern that the new Labour London Plan would mean 3,300 new homes in High Barnet and Underhill by 2025.

Robin suggested to the meeting, that the next Council administration could draw up it’s own targets rather than following the new London Plan, in view of the 27,000 new homes across Barnet that the Conservative Council set as their own target and which is being met.

The Green belt and Ark secondary school were heated issues. Someone asked why a special school was not achieved. Councillor Longstaff said “We could not do anything because Barnet did not own the land saying the Dept for Education owned the land.”

Paul Lemon, labour candidate for High Barnet, talked about improvements to transport if both the London Assembly and Barnet Council were Labour.

In general the audience felt there was a lack of vision from the panel.

That we need to create reasons for people to come to this destination.

Spaces to sit with cover from wind and rain was suggested by Lib. Dems.

The Lib. Dems. spoke strongly in support of library staff and building libraries back.

Cllr. Longstaff said we are lucky because some boroughs they have closed theirs where as Barnet, he claimed, have kept ours going, increased stocks of books and built two new libraries!

Residents challenged on this as did the Lib. Dems.

Recreation, was raised – before QE girls became an Academy, the community could use the swimming pool, trampoline and other facilities. Recreation can bring people here and serve us.

Residents were concerned about the number of eating places, betting shops and charity shops.

Shops that sell craft and hobby things such as “Hobby Craft” could be approached and invited in.

Capita Contract was brought up. Cllr. Longstaff, standing in High Barnet for the Conservatives, stated that Council Tax would need to rise by 4% if services were brought back in- house.

Some thought the “litter police” should be catching more people.

On the whole, the event will hopefully lead to more ideas to maintain our High Streets – maybe a toy library/toy exchange with space to play chess/ board games, as a way of using an empty shop (instead of creating another charity shop). Strong support for markets. The teenage market had been successful but not sure if that can continue now that the land that Barnet market was held on, has been sold.

Barnet Market with all it’s historic links is being minimised to a band stand and bit of pavement at the back of the Spires. The meeting noted the losses to Barnet since the Tory administration. Great to have Public Meetings with every chair taken and over a dozen, standing at the back

TUC 10 DAY UNION TRAINING COURSES
Trade Union Education courses for reps, shop stewards and safety reps pro-vided by the TUC are acknowledged to be high quality training. TUC certificates are accredited by the National Open College  Network and are free to reps from affiliated unions. All courses are from 9:30am until 4:30pm and run for 10 weeks (with a break for half term) 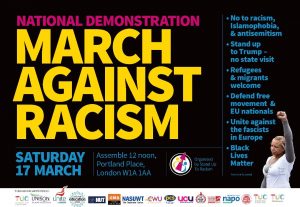 Want to know more about UCU members’ fight to defend their pension scheme?

UCU’s higher education committee says serious and sustained industrial action is required in the face of damaging proposals from the employers which would effectively destroy the USS pension scheme.

Information for those affected by the strikes: Why we’re taking action over USS

They say your final pension should depend on how your ‘investments’ perform and not on your contributions.

We say it’s wrong to risk our members’ futures.

Information about how to donate to the UCU fighting fund is here: https://www.ucu.org.uk/fightingfund

The London demonstration on 28 February has a webpage here: https://uculondonregion.wordpress.com/2018/01/29/education-demonstration-28-feb

Last week Barnet UNISON members working in Street Cleansing we called to a meeting and informed of a massive cut to overtime.The news came out of the blue, our members some who have been working for Barnet for decades were both angry and bewildered by this decision.Staff were told there was no longer a budget to cover the service and told that they shouldn’t rely on overtime payments. This did not go down well with the workforce who are the lowest paid in the Council and desperately rely on the overtime payments over the weekend.

This news follows quickly on from the recent 19% cut in the number of staff charged to keep the streets of Barnet clean just before Christmas last year.

In order to explain the cut and its impact on Barnet, Street Cleansing service for Saturday and Sundays which goes from Oakleigh Road depot.

Please note the figures below are for just one side of the borough. The other half of the service goes out from Harrow Depot (we won’t go why we have a depot outside Barnet in this post).

This makes that 64 hours for this half of the borough.

The new service which started last weekend is a one 7.5 ton vehicle with one driver and one loader (16 hours) to cover all the above areas in Barnet. 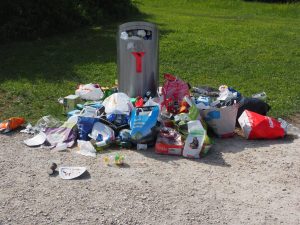 This is a reduction of 48 hours per day.

Barnet UNISON has unsuccessfully attempted to try to restore the service for Barnet residents. We have sought clarification as to whether normal service will resume from 1 April 2018, we are still waiting. Our members were reporting increases in fly tipping before the workforce was cut, but still the Council implemented the cut. This massive cut to street cleansing at the weekends is going to have a dramatic impact on our borough.

Meanwhile we hear the Council have enough money to pay “eye watering” payments to Capita and seem to have very little control over agency/consultancy spend.

But what do we know. 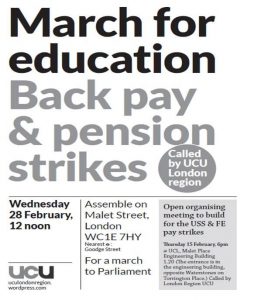 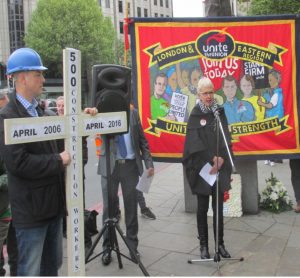 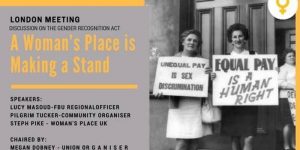