Our council: Austerity for the many not the few!

September 8, 2017 Kieran Crowe
Barnet TUC notes with some alarm the advert below for a new CEO of the Barnet Group which manages Housing Services and Services for vulnerable adults for the London Borough of Barnet.
https://jobs.insidehousing.co.uk/job/4616127/chief-executive/?TrackID=10
This advertised Salary represents an increase of at least 15% on the when the role was previously advertised in 2015.
Local Government workers are facing a Pay Cap of 1% imposed by the Tory Government
At the same time front line Housing Services like ASSIST and Caretaking Services are being cut and Terms and Conditions and wages of staff are being slashed.
Your Choice Barnet workers, who were amongst the lowest paid workers in the Barnet Group, had their salaries reduced by 9.7%
Every Service we provide is constantly under review looking for savings.
Every service in the Barnet Group is suffering from under funding and is understaffed.
The Barnet Group has set up a company, TBG Flex, for new workers in Barnet Homes and Your Choice Barnet – with less pay and state statutory minimum Terms and Conditions, a longer working week and no access to the Local Government Pension Scheme. So we have a two tier workforce operating in a council owned entity.
All in the name of Austerity.
This is a disgrace and cannot continue – TBG Flex staff must be transferred back to Local Government Terms and Conditions.
The waste of money in having the Barnet Group as a separate Local Authority Trading Company, where senior managers are paid over inflated salaries awarded by the Boards which in themselves are an administrative nightmare and an added expense –
Barnet Group Board
Barnet Homes Board
Your Choice Barnet Board
TBG Flex Board
Open Door Homes Board
Board members are paid £5k a year for on average 8 days work a year.
Austerity for the many not the few!
This is all unnecessary – Return Housing Services and Your Choice Barnet back In House and go back to a Director of Housing – The savings made could be put back into the front line Housing Services. 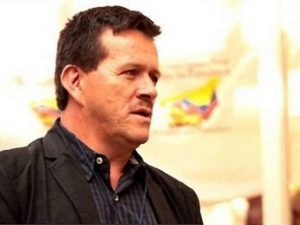 Colombia is the most dangerous place in the world to be a trade unionist. Every year numerous union leaders, union activists and union members are assassinated – simply because of their trade union activities. Over 2,500 unionists have been murdered in the past 20 years, more than in the rest of the world combined.

After 40 months in jail, Huber Ballesteros has finally been released from prison. On Friday 13 January 2017, the court lifted the preventive detention order against the prominent trade union and peasant farmer leader, allowing for his release from La Picota Prison in Bogotá.

Huber, one of the leaders of the Patriotic March, a member of the National executive of the Colombian trade union congress (CUT) and Vice-president of the agricultural workers’ union FENSUAGRO, was arrested in 2013 when he was leading the National Agrarian Strike.

Meeting supported by: Justice for Colombia and Parliamentary Friends of Colombia

Rally and lobby of Parliament on fair pay for public servants 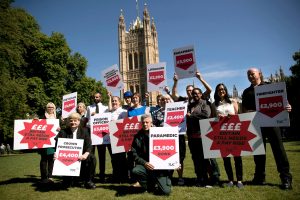 Join us in Westminster on 17 October, to tell our MPs that Britain’s dedicated public servants need a pay rise.

For 7 years, government has restricted public sector pay rises to less than inflation – or nothing at all. But prices haven’t stopped rising in that time, and inflation means nurses, firefighters, and other public servants’ wages are worth over £2,000 less than they were when the coalition government started in 2010.

Pressure is growing on all sides for a change of course, and a fair pay rise for public servants.

Union members will be travelling to Westminster to meet with their MPs on the afternoon of 17 October. And afterwards, we’ll be hosting a rally in Parliament Square, so MPs won’t be able to ignore our message.

We’ll be posting more details here as they are confirmed, but save the afternoon now.

On 13 September, UNISON members will join a lobby of parliament to speak up for the rights of EU nationals.

UNISON believes that EU citizens currently living in the UK make a major contribution to society and should be allowed to stay here after the UK leaves the EU.

We are calling on the government to make this commitment and you can help by joining us to lobby your MP at Westminster on 13 September.

Workers from across Europe play a vital role in our public services, especially the NHS and local government. They have built their lives here. They have settled and integrated into British society.

Negotiations so far have failed to secure EU citizens’ existing rights – leading to massive uncertainty for UNISON members and their families. They deserve better.

On 13 September, UNISON members will join a lobby of Parliament to speak up for the rights of EU nationals. This is an important issue and we need your support.

If you can come along please contact your MP in advance and request a meeting so you can share your story and concerns with them on the day.

We will send out detailed information nearer the time which will have everything you need to successfully lobby your MP.

UNISON has reserved rooms in Parliament from 2pm to 6pm so your MP can come and meet you. And there will be plenty of UNISON stewards there to help you on the day.

For more information on the day of action contact K.Widlak@unison.co.uk

You may be interested to know that a new branch activist guide Organising, supporting and negotiating for EU workers has just been published and is available on the UNISON website.

UNISON has an estimated 70,000 members who are EU nationals and the national executive council has made it a priority to support them. 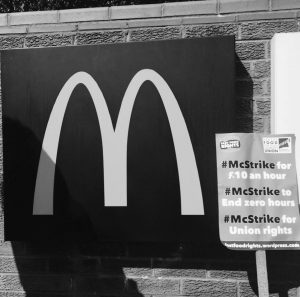 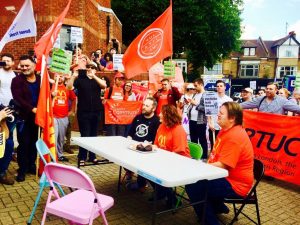 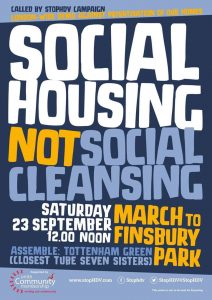