#Solidarity with #JuniorDoctorsStrike at the Department of Health 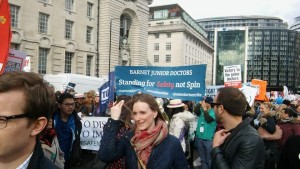 Jeremy Corbyn has thrown his support behind striking junior doctors with a speech to hundreds of protesters He said: “The government has an opportunity to settle this, they should get on and do so.” He was joined by the shadow chancellor, John McDonnell, who said the health secretary, Jeremy Hunt, would eventually have to back down on his threat to impose a new contract.

Hundreds of striking doctors were joined by teachers and other Trade Unionists as they marched on Whitehall. 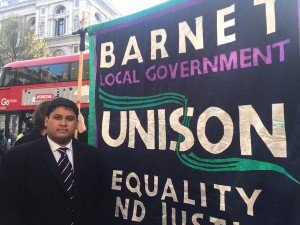 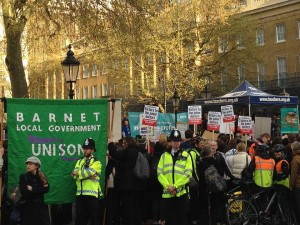 Peoples assembly – Barnet on the march

Sunday the 1st of May

at 11.30 am and look for the Barnet UNISON Banner 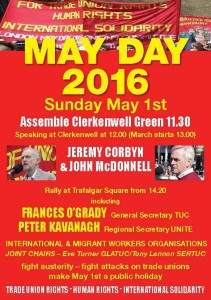 at 11.30 am and look for the Barnet UNISON Banner 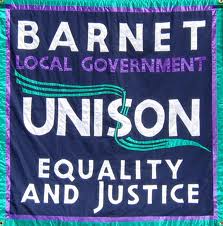 The Tories have been under mounting pressure in recent weeks after George Osborne’s shambolic Budget triggered a humiliating U-turn over planned cuts to disability benefit, the steel crisis, the Tory civil war in the run-up to June’s crunch referendum, the Panama Papers Tax dodging scandal, the enforced Academisation of our schools and the Junior Doctors strike defending our NHS. Lets keep up the pressure, march to topple this Government, march for Health, Homes, Jobs and Education. 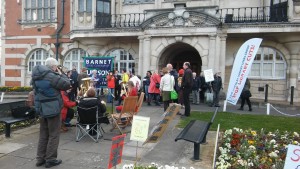 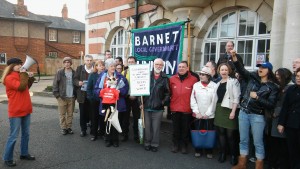