How you can support Barnet Council workers taking strike action. | Barnet UNISON
Barnet Council workers are taking strike action and our newspaper Barnet VOICE explains why here  http://www.barnetunison.me.uk/sites/default/files/Barnet%20Vo…
Join one of our picket lines or meet up with us for a special screening of the Emperors New Clothes at the Phoenix
Day 1: Monday 1st June Picket line information
1. North London Business Park—From 7 am Picket Line Coordinator Helen Davies 07432733168
2. Mill Hill Depot—From 6 am Picket Line Coordinator: John Burgess 07738389569
3. East Finchley Library—From 9 am Picket Line Coordinator: Hugh Jordan 07983391740
The Emperor’s New Clothes
At 10.30 am UNISON members will leave picket lines & travel to the Phoenix Cinema, 52 High Road, East Finchley, London N2 9PJ for a special screening of the Emperor’s New Clothes starting at 12 noon. All Barnet UNISON members are invited and there is no charge to see the film. If you want further information contact the branch 020 8359 2088 contactus@barnetunison.org.uk 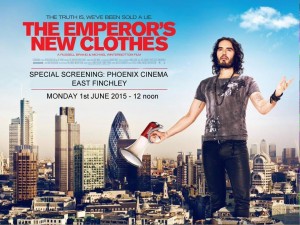 The cost of evictions, homelessness and temporary accommodation would all but wipe out the controversial policy’s predicted savings

How will George Osborne cut £12bn from the welfare bill? We’ll find out next month but it’s looking increasingly likely that plans to remove housing benefit from 18- to 21-year-olds who are unemployed and claiming Jobseeker’s Allowance will be form part of it.

This could be disastrous for the most vulnerable young people in our country. From more than four decades of experience supporting homeless young people, we know that the vast majority of young people who claim housing benefit do so as a lifeline at a time of crisis, not as a lifestyle choice. Among these young people are care leavers who have no home to return to and individuals who have fled domestic violence. Then there are those who have left home to find work and claim housing benefit to bridge the gap between their wages and ever-increasing rents.

A blanket removal of housing benefit from 18- to 21-year olds would affect nearly 20,000 young people. It also runs the risk of not only increasing homelessness but also could fail to deliver the promised savings to the taxpayer.

The government estimate the policy would save £120m, but the spike of homelessness it would cause will wipe out £115m of the savings – leaving just £5m left after the costs of increases in evictions and temporary accommodation

Even if exemptions for the most vulnerable, such as care leavers and those with children were to be put in place, the reductions in savings and the added costs of supporting those not exempted who become homeless would lead to a saving of just £3m.

The evidence is clear: there is little guarantee that the savings can be delivered, but plenty of evidence that youth homelessness could rise.

If this government is serious about reducing the benefits bill while supporting young people into work they must move beyond certain groups of claimants and tackle the root causes of the spiralling benefits bill – rising rents and the chronic problem of housing supply.

The result of dwindling housing supply has seen rents in the private sector rocket. The taxpayers’ money is bypassing claimant’s bank accounts and falling directly into the lap of profiteering landlords. If the government wishes to reduce spending on housing benefit, the answer is not to focus on young people with nowhere else to go but to increase the supply of truly affordable homes.

At the end of May the prime minister will have the opportunity to set out his view of what our country should be. We hope that now the election is over he will choose facts above rhetoric, and put tackling the root causes of the housing benefit bill above short-term political gain. Cutting housing benefit for 18- to 21-year-olds will leave thousands of young people without a safety net, and that’s a price no government should be prepared to pay, however big the deficit.

Not the headline UNISON members would have expected to see but as we forecast in our Barnet Voice newspaper here http://www.barnetunison.me.uk/sites/default/files/Barnet%20Voice.pdf

The Budget everyone in local government feared is due on Wednesday 8 July.

Not only Barnet UNISON are fearful, so are local councils across the UK and as Barnet Council are still a member of the Local Government Association one can only assume this letter was written on their behalf

“Tory council leaders across England and Wales have presented a united front with Labour and Lib Dem-run local authorities as they warn the chancellor, George Osborne, that another round of funding cuts would devastate local services and harm the most vulnerable in society.” (http://www.theguardian.com/society/2015/may/16/tory-councils-osborne-no-further-austerity)

Impact of Austerity on people with disabilities

An open letter from disabled people about further welfare cuts

“A third of disabled adults already live in poverty. Disabled people and those needing social care have already been hit up to 19 times harder by cuts than others.”  (http://dpac.uk.net/2015/05/an-open-letter-from-disabled-people-about-further-welfare-cuts/)

12pm, June 1st  at at our wonderful local Phoenix Cinema, register via Eventbrite.
Admittance is FREE, with a bucket collection at the end of the film.
The film will be followed with a Q & A, details of speakers will be announced shortly.
Barnet UNISON members working for Barnet Council will be on 48 hour strike on 1& 2 June and need your support to keep fighting for public services.

What does deflation mean for working people?

A must read new study from the New Economics Foundation looks at the headline negative inflation figures now circulating:

“Latest UK inflation figures have been greeted with an extraordinary amount of fuss. A 0.1% decline in the rate at which prices are increasing is not, by itself, especially newsworthy. But of course the symbolism of hitting a 2% rate matters. It means the Bank of England’s inflation target has, for the first time since late 2009, been achieved.

“Leaving aside the politics around this arbitrary target, there are three things to note here. First, the cost of living crisis is not over. Prices are still rising much faster than wages and salaries. Inflation is 2%. Average earnings, however, have risen less than 1%. In other words, the real value of people’s wages and salaries is still falling. Most people are still becoming steadily worse off, as they have been for the last five years. The figures for December also miss out the sharp rises in household energy bills, which will feed into next month’s numbers.

“Second, the fall in inflation has little to do directly with the government’s actions. The biggest reason for the decline in the overall rate of inflation was a fall in the rate of price increases for food and drink, down from 2.8% to 1.9% over the year. But Britain is a huge importer of food, buying some £20bn more from abroad than it sells to the rest of the world. The prices we see in the shops are to a large extent determined by what is happening internationally. And with the pound rising in value over the last few months, the price of importing food has declined. Alongside that, after years of sharp increases, the prices of basic food commodities like wheat and sugar have fallen globally over the last year.

“Third, there’s an unusual danger lurking underneath this. Strip out food, drink, and energy prices from the headline inflation and you get a measure of what is often called “core” inflation. This excludes those items that are most affected by pretty contingent, day-to-day factors to try and get a sense of where the underlying economy is heading. Core inflation, currently, is 1.7%, having fallen from 1.9%.”

Let’s transform this leadership election into a real debate about the future of socialism, our party and our country

So far neither the political range of candidates for the Labour leadership nor the ideas they have voiced have set the world of progressive politics alight.

So if we want to use the selection of a new leader to excite people about the potential of socialist politics, then it’s up to us to get this debate going.

I am launching this website to host a debate on the issues the Labour leadership candidates have to address and to promote some of the ideas and policies people think any new leader should adopt.

We start with a hard hitting analysis of Labour’s electoral geography in last week’ selection by Andrew Fisher, the Director of the Left Economic Advisory Panel.

If you would like to submit a paper on your ideas about what the Labour leadership candidates need to address, send us your ideas by emailing me on radical-labour@hotmail.com.

At the moment the choice of a new Labour leader is looking like a glamour contest between a group of candidates with little ideologically to choose between them.

Let’s transform this leadership election into a real debate about the future of socialism, our party and our country.

Join us for this lively discussion: The Library Debate 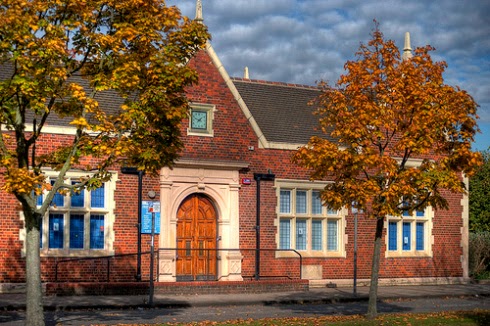 The Library Debate: In the library that was rescued from closure and is now run by the community, join us for a lively panel discussion on the role of libraries. Libraries are under threat locally and across the UK. We discuss just what libraries are for and who they are for? Can we mange without them? We hear a lot about what councils want for libraries, but what do users want from libraries? No charge but donations to help fund the library appreciated.