Ahead of our National Windrush Day of Action in 7 cities, BAME Lawyers for Justice have organised a roundtable event in parliament to discuss how we campaign for justice for the Windrush generation plus their multi generational families and others impacted by the hostile environment. 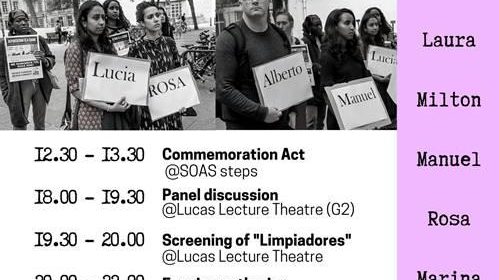 The cleaners, working at the time for the outsourced company ISS, were called in for an early morning staff meeting in the G2 Lecture Theatre (now the DLT).

The meeting was actually a cover for a UK Border Agency raid.

9 SOAS cleaners were handcuffed in the lecture theatre and subsequently deported by UKBA.

The deportation of the SOAS 9 by the UK state was done at the behest of the private company with the full knowledge and complicity of the SOAS Management.

The real reason these workers were targeted like this was that they stood up and had begun to organise to improve their working lives.

This event is hosted by the LESE Race Relations Committee

Thanks to CWU event support

This event is hosted by the LESE Race Relations Committee

Thanks to CWU event support

Join Stand Up To Racism opposing fascist ‘Tommy Robinson’ at his court hearing, Tues 14 May

#RacismOutOfElections #DontVoteNazi
Fascist “Tommy Robinson” (real name Stephen Yaxley Lennon) is standing, as an independent, in the upcoming Euro Elections on 23 May.

Stand Up To Racism has launched a major campaign to stop him and ‘Keep Racism Out of the Election’.

Robinson is back in court facing contempt of court charges THIS TUES, 14 May. Stand Up To Racism has called a protest outside the court.

Join the counter protest, bring your milkshakes! We will be assembling 12.30 outside the Old Bailey on Tuesday.

June 4 | Together Against Trump – Stop the State Visit!

Stop the War condemns the decision to invite Donald Trump for a state visit in June. It is extraordinary that the British government has chosen to endorse this most reactionary and aggressive US President with a formal welcome. Join us on June 4; it is crucial that we take to the streets to show the world what London really thinks of Donald Trump.

We look forward to seeing you at one of our events!

If you have any further questions, or you wish to volunteer for us please contact office@stopwar.org.uk or 020 7561 4830.

4 June: March Together Against Trump!

In early June, Stand Up To Racism along with others are preparing to protest Donald Trump’s planned visit to Britain.

Last year, a quarter of a million mobilised to say no to Trump’s politics of hate and division. This time, we will take to the streets in even bigger numbers!

Trump is a symbol of the new far right. This is when we take stand together against the Tories’ “hostile environment” here too. 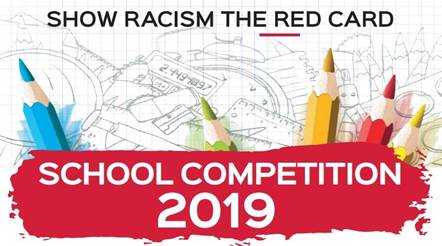 Find out more & register at: http://www.theredcard.org/competitions 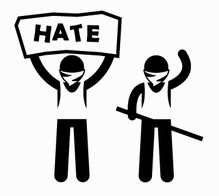