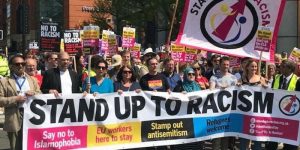 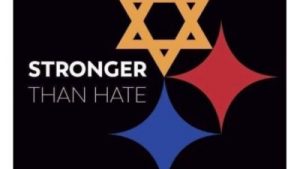 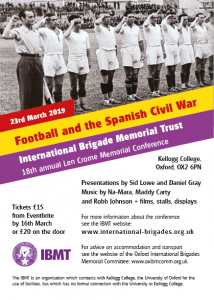 Stand Up to Racism Conference speaks out against Racism Across Europe 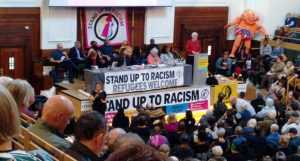 By Alfio Bernabei, National Association of Italian Partisans in London

Loud applause at the International Stand Up to Racism Conference in London greeted a message of support to Cécile Kyenge, Italy’s first black minister in 2013, who is currently being sued by Matteo Salvini, Italy’s interior minister.

The message was delivered by the shadow Home Secretary Diane Abbott during the Plenary Session at Friends Meeting House, which was also attended by Shadow Chancellor John McDonnell.

“I was fortunate this week to be in Bruxelles and meet the only black female MEP who has been the subject of awful harassment and abuse and who is now being sued for calling a blatantly racist party leader a racist” said Abbott referring to Matteo Salvini, the League party leader who is also Italy’s Deputy Prime Minister.

Kyenge, currently an MEP, had bananas thrown at her and was likened to an orangutan during her time as Italy’s integration minister. Upon her appointment an MEP with the League, Mario Borghezio, described the administration “a bongo-bongo government”. One of the racist attacks came from Roberto Calderoli, a League senator, who said that whenever he saw pictures of Kyenge “I cannot but think of the features of an orangutan”.

Kyenge is pursuing a legal case against Calderoli and about 10 other Italian politicians over alleged racist slurs and verbal attacks.

“I said publicly several times that the League must distance itself from racism and condemn and penalise it,” Kyenge said. “They not only never did this but people convicted of racist acts are still in positions of authority. If the League doesn’t distance itself it must mean that the party shares the [racist] views.”

Kyenge is being sued for defamation by Salvini for calling his party racist and is due to face trial in the Northern city of Piacenza.

On 12 October, a number of black Labour MPs, including Diane Abbott, wrote a letter to the Guardian newspaper in which they stated “We fully support Cécile and stand with her decision to remove her parliamentary immunity to fight against racism, xenophobia and other forms of intolerance.”

A number of references to Italy as a country in danger of sliding towards a new form of fascism were made during the Stand Up to Racism conference, with one of the speakers, Emma Dent Code MP, quoting as a warning the Italian dictator Benito Mussolini who said in 1935: “Everything within the state, nothing outside the state, nothing against the state.”

Another speaker, Colette Levi,former hidden child from Vichy France, chose to read a poem by Primo Levi, the Italian Holocaust survivor, author of ‘This is a Man’, his account of the year he spent as a prisoner in the Auschwitz concentration camp.

John McDonnell said it’s time to wake up to the scale of the threat we are facing: “500,000 people signed a petition calling for Tommy Robinson release after he was condemned for contempt of court. There were at least 15,000 people to protest outside Downing Street against his jailing. Britain First has 1,900,000 followers on Facebook compared to just over one million for Labour. Three out of the far-right activists with the biggest online reach in the world are British. We cannot allow this to grow within our society. It’s time to mobilize against this threat.”

Barnet activists will be meeting up to tra 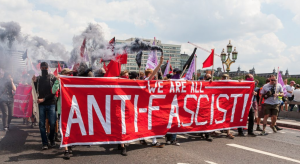 vel safely down to the protest again the racist DFLA in Central London tomorrow. Meet with us at the Southbound platforms in either Golders Green or Fnchely Central at 11.30am.

This will be a crucial show of unity against the racists involving major mobilisations from the trade unions, Labour, Momentum and the whole of the movement. 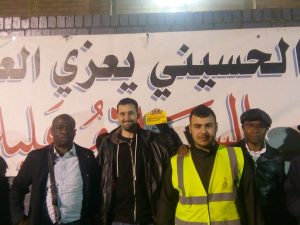 We are experiencing the biggest rise in support for fascism, the far right, racism, Islamophobia and Antisemitism since the 1930s. In Britain fascists and racists are mobilising on a scale not seen for decades. We must unite against this threat, which is why we are calling a national demonstration against fascism and racism on Saturday 17 November in London.

The demonstration is initiated by Stand Up To Racism, co-sponsored by Unite Against Fascism and Love Music Hate Racism, and is supported by Shadow Home Secretary Diane Abbott and Shadow Chancellor John McDonnell amongst others.  More details will follow.

The recent rise in attacks by the far right has created a real thirst for a mass anti-racist mobilisation in the spirit of the Anti Nazi League. Now is the time to take to the streets.
There is an urgent need to build a movement against racism and fascism. Help us mobilise for 17 November by joining Stand Up to Racism.