de the other three recognised trade unions in London Underground, TSSA will shortly ballot members on strike action and action short of strike. This follows the breakdown of talks on pay and Night Tube, LU’s attacks on staff terms, conditions and working practices, and management’s ongoing refusal to engage in meaningful negotiations and consultation with the trade unions.

ATTACKS ON PAY & PENSIONS
LUL has failed to negotiate or consult meaningfully with TSSA in regard to pay, Night Tube and Fit for the Future Stations (FFTFS) and are seeking to impose a two-year ‘no strike’ deal. Management are not adhering to the spirit and letter of the Machinery of negotiations, and are attempting to make changes to existing Framework Agreements and working practices without due process and negotiation. LUL’s approach is reminiscent of that adopted last year by Transport for London management, and if unchallenged, LU will seek to further attack pay, terms and conditions and pensions. They have already cut pay for new starters, and new P&D procedures, imposed in TfL, have recently been introduced into LUL. TSSA believes it is only a matter of time before LU seeks to impose Pay for Performance; a system imposed last year by TfL which indefinitely freezes the pay and pensions of longer serving staff.

ATTACKS ON WORKING CONDITIONS
LUL has proposed a new Framework for deployment of station staff. It is half the length of the current agreement, and significantly undermines current working practices. Here are some of the key proposals:
– A change can be made to your duties at 24 hours notice.
– 30 minute travel time guarantee is ABOLISHED. Instead, there is a 45 minute maximum travel time from the mid-point of the group.
– Higher grade working with no extra payments
– Staff who do not give 24 hours notice that they are unable to undertake planned overtime will be barred from further overtime for 28 days.
– Minimum period in which two consecutive shifts, totalling a maximum 18 hours, can be worked is halved, from 28 to 14 days.
– No provision for the 12 weekly cycle.

A copy of the new Framework for stations proposed by London Underground can be viewed at the following link: http://bit.ly/1Q34XEQ

We are still awaiting proposals for new Framework agreements to reflect changes to working in MATS and Service Control, despite having raised these issues over the last year in discussions about Night Tube and FFTFS. We believe that LU is committed to a wholesale for all of our members across London Underground.

NIGHT TUBE or NIGHTMARE?
LUL management have insisted on linking this year’s pay negotiations to Night Tube, not yet being open with staff about how it will affect them. Below are details of what Night Tube will mean for members:

WORSE WORKING HOURS & PRACTICES
LUL says they will employ part-time staff to cover Night Tube, but there will not be sufficient staff to cover sickness absence, annual leave etc, which will be down to existing station staff. This means:
– CSAs working more nights and weekends, with less opportunity to take up extra leave dates or mutually exchange their duties with colleagues, and could lead to duties being changed at shorter notice and more extreme shift changes.
– Stations Supervisors and Service Control Staff will not only be expected to work far more nights, but under Night Tube many of these will become traffic hours.

STAFF & PUBLIC SAFETY WILL BE COMPROMISED
– No minimum numbers in many stations, meaning an increase in lone-working, and some stations being unstaffed, despite LUL’s promise that would not be the case.
– Ticket offices will not be open at night, and CSAs will be expected to cover gate-lines and deal 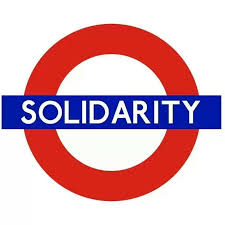 with ticketing and other enquiries from the public.
– Night Tube will run only 4 trains per hour, meaning that travellers will be hanging around stations for a longer, potentially in an inebriated state.
– Virtually no stations running Night Tube have public toilet facilities, and few public conveniences will be open outside tube stations at night.
– Many stations will only be part-open and LUL is now reneging on its commitment to provide fixed, lockable gates to secure non-operational areas. Instead, LUL is proposing less secure tensa-barriers, making it easier for people to access non-operational parts of the station where engineering work may be taking place.
– There is an increased likelihood of homeless people using trains and/or stations as overnight accommodation. This issue has already been flagged up by BTP.

TSSA’s H&S reps have been constantly questioning LUL management regarding their plans for operating Night Tube, and the consequent difficulties it will create for staff to evacuate and control numbers as and when necessary. LUL’s responses so far have been evasive, unhelpful and lacking in clarity.

AN ONGOING AND SIGNIFICANT CHANGE TO LUL OPERATIONS
– Night Tube has already been given the go ahead for Sept. 2015, regardless of readiness or safety
– Night Tube marks the start of a whole new operating practice, which will impact upon all LUL staff
– Night Tube is likely to be extended over time, to cover more stations and more days of the week
LUL’s offer of a one-off £500 payment in return for successful implementation and ongoing deliver of Night Tube is an insult to LUL staff.

12pm, June 1st  at at our wonderful local Phoenix Cinema, register via Eventbrite.
Admittance is FREE, with a bucket collection at the end of the film.
The film will be followed with a Q & A, details of speakers will be announced shortly.
Barnet UNISON members working for Barnet Council will be on 48 hour strike on 1& 2 June and need your support to keep fighting for public services.

What does deflation mean for working people?

A must read new study from the New Economics Foundation looks at the headline negative inflation figures now circulating:

“Latest UK inflation figures have been greeted with an extraordinary amount of fuss. A 0.1% decline in the rate at which prices are increasing is not, by itself, especially newsworthy. But of course the symbolism of hitting a 2% rate matters. It means the Bank of England’s inflation target has, for the first time since late 2009, been achieved.

“Leaving aside the politics around this arbitrary target, there are three things to note here. First, the cost of living crisis is not over. Prices are still rising much faster than wages and salaries. Inflation is 2%. Average earnings, however, have risen less than 1%. In other words, the real value of people’s wages and salaries is still falling. Most people are still becoming steadily worse off, as they have been for the last five years. The figures for December also miss out the sharp rises in household energy bills, which will feed into next month’s numbers.

“Second, the fall in inflation has little to do directly with the government’s actions. The biggest reason for the decline in the overall rate of inflation was a fall in the rate of price increases for food and drink, down from 2.8% to 1.9% over the year. But Britain is a huge importer of food, buying some £20bn more from abroad than it sells to the rest of the world. The prices we see in the shops are to a large extent determined by what is happening internationally. And with the pound rising in value over the last few months, the price of importing food has declined. Alongside that, after years of sharp increases, the prices of basic food commodities like wheat and sugar have fallen globally over the last year.

“Third, there’s an unusual danger lurking underneath this. Strip out food, drink, and energy prices from the headline inflation and you get a measure of what is often called “core” inflation. This excludes those items that are most affected by pretty contingent, day-to-day factors to try and get a sense of where the underlying economy is heading. Core inflation, currently, is 1.7%, having fallen from 1.9%.”