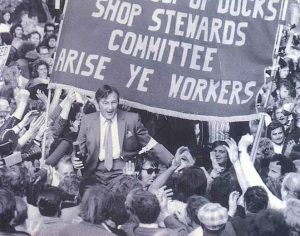 In the blazing hot July of 1972, 5 London dockers were jailed in Pentonville prison. They had picketed in defiance of Tory anti-union laws. This led to a wave of unofficial industrial action and protest involving hundreds of thousands of workers sweeping the country forcing the release of the 5 within a week.

It was a massive working class victory – part of a wave of actions during the early 1970s including factory occupations, work-ins like Upper Clyde Shipbuilders, Briant printers and Fakenham women. A long battle against anti-union laws was underway. There were epic miners strikes in 72 & 74.  In Ireland 1972 saw Bloody Sunday in Derry.

This event celebrates the great Pentonville victory but also looks at the lessons for our battle today against anti-union laws and rampant capitalism. Pentonville stands in the list of historic victories from Tolpuddle onwards.

Join us for this historic celebration and find out about our history and our future.

Members of the UCU at the University of Brighton will walk out on strike on Thursday at 1pm in dispute about compulsory redundancies. They will continue their strike on Friday and then begin a work-to-contract the following Monday. Further strike action is planned for December. The action follows a ballot which returned majorities in favour of action of more than 85%.

If you can head down to any of the Uni sites from 8pm on Friday to show support on the picket lines please do.

As you will be aware the RMT are in a long running dispute with Southern Rail about the removal of guards from trains.

The RMT had previously been running effective pickets at the back of Brighton station that many drivers were refusing to cross. To try to stop this Southern have threatened strong legal action under the anti-union laws to move the pickets well away from the station.

Please head down to the station on Saturday at 2pm to show your support for having guards on our trains and for the right for union members to picket their own workplace without fear of victimisation.

Please do what you can to support and publicise this. Please can you bring banners flags etc!!!

#StopandFix #UniversalCredit action in Oxford St at 2pm on December 2

Our demos on December 2nd are to educate the public on the devastating effect of UC to get them behind our #StopandFix #UniversalCredit campaign.

Travel will be reimbursed.

Please confirm your attendance by emailing 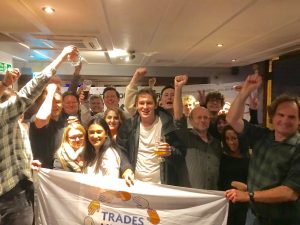 Barnet TUC will not be holding a regular meeting in December, but will hold an informal get together at Finchley’s Elephant Inn from 7pm on Thursday, 14th of December.

There will a special bit of recognition for one activist without whom the trades council might not be here at all. All friends and comrades welcome!

Responding to the news today (17 Nov) that Network Rail and the government are proposing to sell off their Commercial Estate business.

“Selling off our national assets is always a dubious economic good. But selling off railway arches really is a sign the Tories don’t get how to run a railway or an economy.

“The spaces between our railway arches are not fattened pigs to be sold at market as the Tories seem to think.. To Network Rail those spaces in between spin the revenues by which they earn money to subsidise the public cost of maintaining railway infrastructure – including the arches. Every pound generated from letting railway arches is a pound saved for U.K. taxpayers.

“We are seeking assurances from NR that the maintenance and repair of the arches will not be compromised. It does not seem sensible to TSSA that the very ground that our railway runs on is sold from beneath the wheels. Who will now pay for essential repairs when they are required? How and who will now guarantee the safety of the infrastructure?

“If this crazy sale goes ahead we hope that the new landlords do not rack rents causing misery to the many small businesses that currently let the arches.”

TSSA will do all we can to oppose the privatisation of NR assets. Should the government get their way, we will fight to ensure TUPE protection for the terms and conditions of our members forced into the private sector. Staff must not pay the bill for the governments reckless short sightedness

Peace and Political Violence in Colombia 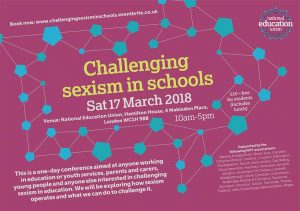 Solidarity with the People of Turkey (SPOT) fundraising event on 23 November 2017 at 18:30 at the National Union of Teachers, Hamilton House, Mander Hall, WC1H 9BD.  Tickets are £20 (waged) and £10 (unwaged).
For the past two years SPOT has been working with campaigners, journalists, academics and trade unions to support the struggle for democracy in Turkey. Our work is significant for friends in Turkey facing persecution for standing up for basic rights and freedoms.
This fundraising event provides a chance for us to network and raise some funds for the families of all academics and teachers who have been under immense attack by the Turkish state. Proceeds will both support affected families and the continuing struggle for academic freedom and democracy in Turkey.
This event is wholly prepared and put together by volunteers and our friends in the trade union movement in UK. The success of this event relies on the generosity of supportive individuals and organisations. All proceeds will go to Egtim-Sen Union in Turkey.
We hope to see you all at the event.
You can purchase your ticket on Eventbrite:
https://www.eventbrite.co.uk/myevent?eid=39854179925<https://eur01.safelinks.protection.outlook.com/?url=https%3A%2F%2Fwww.eventbrite.co.uk%2Fmyevent%3Feid%3D39854179925&data=02%7C01%7Cs.aitouaziz%40hotmail.co.uk%7C3ed80bb1c32c4b48e14808d52b4c6886%7C84df9e7fe9f640afb435aaaaaaaaaaaa%7C1%7C0%7C636462529516270152&sdata=RnzbK%2FuyRBY7JvXGXOhMGKHMrC8x18uBbF4kQ%2F6lfcg%3D&reserved=0> 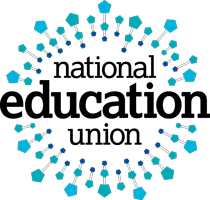 Register at Eventbrite Sexism in Schools-“It’s just everywhere” -the National Education Union and UK Feminista are proud to launch their timely report on sexism in schools. The research carried out by Warwick University surveyed students and teachers in secondary schools and teachers in the primary sector.
Please join us for the launch to find out what students and teachers told us about their everyday experiences of sexism in schools and to discuss with our MPs how we tackle it together.
“It happens everywhere, school is no exception and it has become the everyday norm, which I find unacceptable.” Female student
« 1 … 52 53 54 55 56 … 78 »